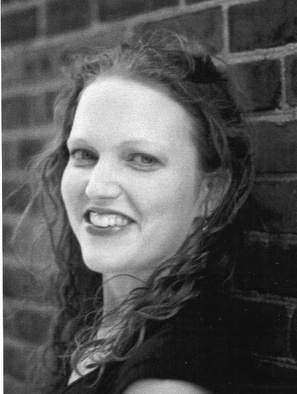 CAITLIN BRANDT – Artistic Director
Ballet, Pointe, Pre-Ballet, Modern, Jazz/Hip Hop, Conditioning
A Groton native, Caitlin Brandt studied at the Studio School of Dance, Central Pennsylvania Youth Ballet, Granite State Ballet, Spectrum Dance Theatre and with Margot Parsons and Roseann Ridings. While an apprentice with Granite State Ballet Company, she performed in Paquita, Variations on Bach, Dancing Through The Years and Cinderella. As a company member with Northern Ballet Theatre, she performed in the Nutcracker, Cinderella, Let’s Swing and Agnes de Mille’s Rodeo. She has performed at the Bates Dance Festival in Lewiston, Maine and in the Nutcracker with the Boston Dance Company. Caitlin was a company member with Danny Swain Dance Company performing in various shows throughout the Boston and Cambridge area. She is a company member and assistant with Jennie & Company in Fitchburg, Massachusetts. Caitlin was the Children’s Education Programs Director for Northern Ballet Theatre and taught many classes at Northern Ballet Theatre Dance Centre, Spectrum Dance Theatre, The Dance Center and master classes at Groton School. In addition, she ran the ballet program for Groton Recreation for four years. Her choreography has been set on Northern Ballet Theatre Youth Ensemble, Groton School, Groton Recreation, Jennie & Company and the University of New England. Caitlin also holds a certificate in Fitness and Nutrition.

JENNIE MEMBRINO-NANO
Modern, Jazz, Hip Hop, Conditioning, Lyrical/Contemporary
Jennie received her B.F.A. in dance from The University of The arts, Philadelphia College of Performing Arts in 1999. She is the artistic Director and founder of Jennie &Company, a modern dance company. Jennie has taught Modern and Jazz at various dance studios throughout the area, as well as choreographed several musicals.

ROBYN GOULETTE
Ballet, Modern
Robyn received her BFA from the Boston Conservatory.  She was assistant to the director of dance at Franklin School for the performing arts in Franklin MA, and owned and directed Spectrum Dance Theatre in Townsend MA for nine years.  Robyn has danced professionally with MJT Dance Company of Boston, Granite State Ballet, Marblehead Ballet, Judah Dancers, Atlantis Contemporary Dance Company and Boston Liturgical Dance Ensemble.  She has taught Ballet and Modern in area studios throughout MA and NH.  Robyn’s choreography has received critical acclaim throughout the New England area.
​
LAURA-JEAN GENDREAU
Tap, Ballet, Modern, Jazz, Improv/Choreography, Contemporary/Lyrical
Laura-Jean Gendreau received her degree in Dance Education and Certification to instruct dance from Northern Essex Community College in Haverhill, MA. A seasoned performer in both classical and contemporary styles, Ms. Gendreau has danced with the Northern Ballet Theatre's Youth Ensemble and other freelance dance groups in a variety of venues around New England including SummerFun, Downtown Stroll, Choreographer’s Showcase at Pinkerton Academy, and Dance Rochester. Ms. Gendreau has also refined her tap technique under Susie Michaud, a renowned instructor in the Massachusetts area and studied the technique of Lester Horton under Michelle Deane. Ms. Gendreau performed featured roles as well as choreographed extensively at NECC. She was a principle dancer in Tina Cassidy’s piece, Pleasure in the Heart that Longs, at the American College Dance Festival.

KATIE CORREIA
Ballet, Pointe, Jazz, Musical Theater Dance, Hip Hop
Katie Correia has over 25 years of dance and performance training as well as 15 years of teaching and choreography experience. Katie has trained extensively throughout Greater Lowell, Boston, and New York in Ballet, Pointe, Jazz, Hip Hop, Lyrical, and Musical Theater. Katie has choreographed and taught throughout New England for community groups and competitive teams, as well as professional companies. Katie performed professionally throughout New England with many companies including The Body Language Dancers, The Boston Liturgical Dance Ensemble, Granite State Ballet, Bay State Ballet, and also with many of the areas top choreographers. The knowledge she gained throughout her successful performance career has helped lead to an even more successful career as an internationally award winning choreographer. In addition to much recognition for creative concepts and all-around entertainment, Katie's choreography, which has been televised throughout the country, has won top national and international awards. Katie has enjoyed judging for Olympic Miss Dance Competitions throughout New England.

JILL KRYSIL
Ballet, Jazz, Yoga
Jill received her B.A. in Spanish with a minor in Education, and her Masters in Education at Smith College. Jill trained at The Dance Center under the direction of Nancy Bonanno for thirteen years where she studied ballet, modern, jazz, tap and lyrical. She has participated in various conventions, classes and competitions throughout the New England area. Jill also performed and choreographed for Jennie & Company, a modern dance company. Jill is especially passionate about incorporating yoga and mindfulness into her teaching. She has completed the Foundations Course (through Stretch What Matters) and a Cultivating Resilience and Mindfulness Workshop (through Stress Resources). Currently, she does a lot of her dancing and yoga in her classroom where she teaches first grade.

AMANDA COUTURIER
Lyrical/Contemporary
Amanda received her Bachelor of Science degree in Elementary Education with a concentration in Science from Fitchburg State University in January 2012. Prior to that, Amanda studied Athletic Training and Dance at the University of South Florida in Tampa where she danced in part with the USF Modern Department. She has also undergone extensive Pilates instructor training with the renowned teacher trainer, Clare Dunphy. Amanda completed the Peak Pilates Level I Certification last fall. She has continued her education by participating in a variety of workshops and taking classes at The Boston Dance Company, Jacobs Pillow, Dance Teacher’s Summit, Broadway Dance Center, NYCDA, WCDE, and more! Amanda has received many awards for her choreography and her dancing. Among these awards, she has won the Young Choreographer’s Award twice at the American Dance Awards in 2009 and in 2011.